Before I tell you what inspires me to be a part of Black History Month now, I want to tell you this.

My parents separated on my sixth birthday, and I remember riding with my dad to live with his parents, my grandparents.

My grandparents were married for 46 years, so you can imagine the pain we all felt when my grandmother passed away from cancer.

My grandfather lost his best friend in the worst way possible, so I gave up a full-ride college scholarship to take care of him as he slipped into dementia.

After he passed, I joined the Army to pay for college and fell in love with being a part of something bigger than myself. I loved being an integral part of a team dedicated to a joint mission.

We’ve all felt that now haven’t we? Whether in a military uniform or a sports uniform; whether a workplace uniform or performing in a uniform manner, we acknowledge our desire to be a part of something more significant through our actions.

Now, in the country I’ve served with pride, there are those voices of discord and divisiveness that while they have the Constitutional right to speak, they are communally wrong-minded in their ideology.

Those voices come from the likes of Richard Spencer, Carl Higbie, and even Mr. Trump. Laden with racist content, they are the antithesis of the many voices we celebrate this month. King. Lewis. Height.

Now is the time to drown out those hateful voices with deeds of courage and compassion. It’s the ultimate expression of our country’s motto, ‘E Pluribus Unum.’ If we cannot find a way to create one voice out of many, then we’ve lost our way as a nation that prides itself on being a melting pot.

As a melting pot, we are obligated to discover new ways to hear all voices–black, brown, LGBTQ, differently abled, elder, female, and others. These are the voices we look to for wisdom and insight to preserve and protect our nation.

This Black History Month, we do more than study past accomplishments. We move forward with present achievements to secure future blessings together as one nation.

Now, more than ever, we are beholden to Dr. King’s warning: “We must learn to live together as brothers or perish together as fools.”

Will you join us? 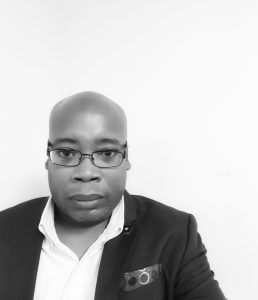 Chuck Tyler is a US Army combat veteran and veteran campaign professional who volunteered for his first race after his honorable discharge in 2003.

He has since contributed to dozens of campaigns on local, state, and federal levels, including President Obama’s two successful campaigns.

He is a regional facilitator for Western Organizing Workshop, where he leads participants in crafting concise and compelling public narratives; and a trainer for the National Democratic Training Committee, where he imparts efficient and effective tactics for candidates to win the ground game.

Originally from Charlottesville, VA, he now hangs out in Los Angeles because, food trucks.