My name is Mak Vaden, and I am a 30 year old transgender soldier with 12 years of honorable service and am still serving on active duty orders in the National Guard.

I enlisted in 2006 after my first year of college and went into the reserves, shortly thereafter transferring to active duty until 2010 when I transferred into the Army National Guard and have been in the guard ever since. Prior to my coming out as transgender I served the first several years of my career under the Don’t ask Don’t tell policy hiding my sexual orientation out of the constant fear of expulsion due to the policy. I now find myself in the same predicament I was when I first joined, wanting nothing more than to serve my country and do my job, at the cost of sacrificing (on top of all the other things EVERY service member sacrifices such as time with loved ones, wear and tear on the body and mind, etc.) a major part of who I am.

This time, however, it’s too late. Yesterday I submitted my paperwork to the military to have my name and gender marker changed in the system. This time there is no going back, there is no protection from expulsion that will cost me my career, professional goals, and any future contribution I could make to my country military wise. The feelings of the past of anxiety, fear, depression, resentment, anger, and many more have come back like a flashback from war (which I would prefer to have any day over this because eventually you come back from the flashbacks into reality, whereas this reality is an ongoing flashback you can’t escape). I have no problem waking up and doing my job on deployments knowing this could be the day I die because I know I would have done something with my life and would die doing what I love.

But waking up not knowing if this is the day the organization you have given most of your adult life too (I joined at 18) and continue to ( I work so many “off duty” hours that I do not have time to date and barely have time for friends and family because I want my unit and my brothers and sisters in arms to get my very best effort because they deserve nothing less) is unbearable.

I have paid for every penny of my medical treatment out of pocket, partly out of fear of the President’s continuous attacks on transgender servicemembers would eventually succeed, and part out of personal principle and pride (I am only human so just as susceptible to having a stubborn streak as anyone haha). I was informed by human resources personnel that doing a gender change could require an 18 month “stabilization” period, which I submitted a request for a waiver for so I can deploy with my unit and do the job I love for the brothers and sisters in arms I also love, and the job they and the American taxpayers have paid to train me for.

I have consistently increased my physical fitness test scores, fired sharpshooter at the range, and have received several awards over my career and more specifically over the last 2 years during my transition period (which apparently people think is the time transgender service members are the most “unstable” and “vulnerable” though my specific results andaccomplishments would challenge that belief for my situation at least).

I am in no way trying to say I am a perfect soldier. I have certainly made my fair share of mistakes over the years (being late for formation, not wearing my Kevlar on a long and tedious convoy during training (safety violation I know I know!) just to name a couple. What I am saying, however, is that I am more than capable of performing my job as a soldier and an NCO (I was nominated to compete for NCO of the year in 2015 for my company by my First Sergeant at the time who took a substantial amount of convincing I was female since I had not come out as transgender at the time haha).

I think the many accomplishments, courses, scores, and other results have demonstrated that I have not just survived the damning DADT, and now the President’s Transgender Ban policies but thrived through them. I served in Iraq on active duty, I served at the Texas/Mexico border on the Texas Army National Guard border mission, I served in the Hurricane Irma response force, and have volunteered for countless off duty training, mission, and public relations taskings. I have learned and grown a lot from them all and plan on continuing to.

Even now I am sitting in my barracks room in the middle of a training course grieving my grandfather who passed a couple of days ago, but trying to push through the pain as well as the fear of all the “what ifs” of having submitted my paperwork to my unit for my gender marker change, to accomplish the mission (and hope I don’t get in trouble for this though to me this is definitely a better “ask for forgiveness rather than permission” cause).

I have invested countless days/weeks/months/years of blood, sweat, tears, and heart into my job, my unit, my soldiers, and my country. I have endured countless hours of fear, anxiety, depression, and anger; and countless ignorant/hateful/discriminatory comments (some face to face though most when people weren’t thinking I was listening, people don’t seem to understand situational awareness is a way of life, not just a skill) just to be able to show up and make the previously described investment into
the military (and my life as well).

Although I am not a religious person I am very spiritual and believe in a higher power. I have come to peace with the fact that what is going to happen is going to happen and whatever is meant to be, will. It is my hope and dream that it is that higher powers determination (both physically in the hands of the military reviewing my files and the unseen/unspoken one on the spiritual level) is that I am able to Charlie mike (continue mission for you non military folk) and continue serving my country.

If, however, that does not turn out to be the case then I intend to accomplish whatever mission the future has in store be it continuing to serve in the military, being expelled and serving in a police or fire fighting force in my community, or fighting for the rights of others to serve (which will be a mission regardless of the “official” results).

The strength of our military and our country comes from our diversity, and the way we adapt to and overcome those that oppose, discriminate against, and attempt to demean it. The current transgender ban is no exception to that. History, both the country’s and my personal story, can attest to that. Regardless of how my results turn out in the military, I know I have joined another army, one that is fighting for the rights of all and will continue to because as veterans/current service members you know that they can take you out of the battle, the war, or the military all they want, but they CAN’T take the fight out of you.

I also hope that my story doesn’t just resound with others, but lights a fire in them that offers them camaraderie and comfort in knowing they aren’t alone in their risks and struggles and fears, lights their way forward amidst the darkness of this policy and it’s supporters towards those are support them and can help keep that fire growing, burn the hell out of any obstacle that gets in their
way, and ultimately thrive through the adversity. 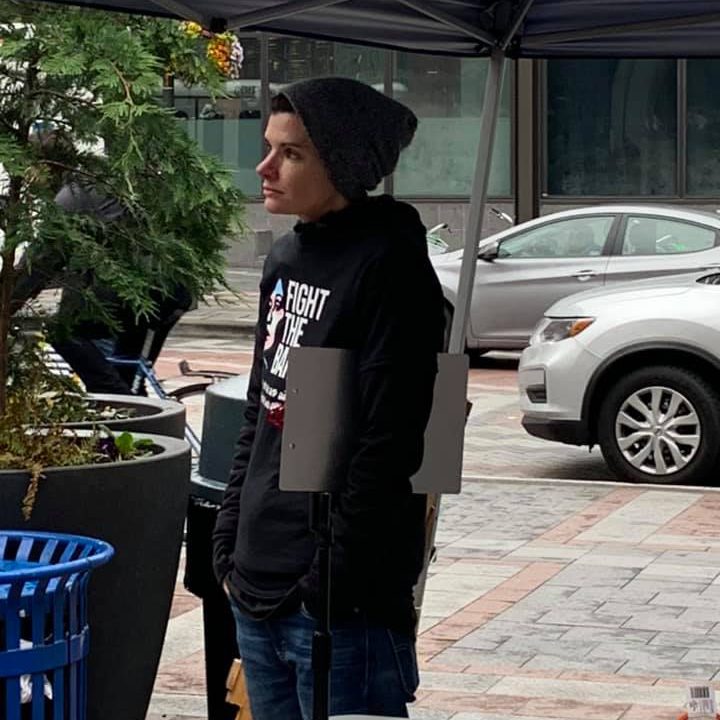 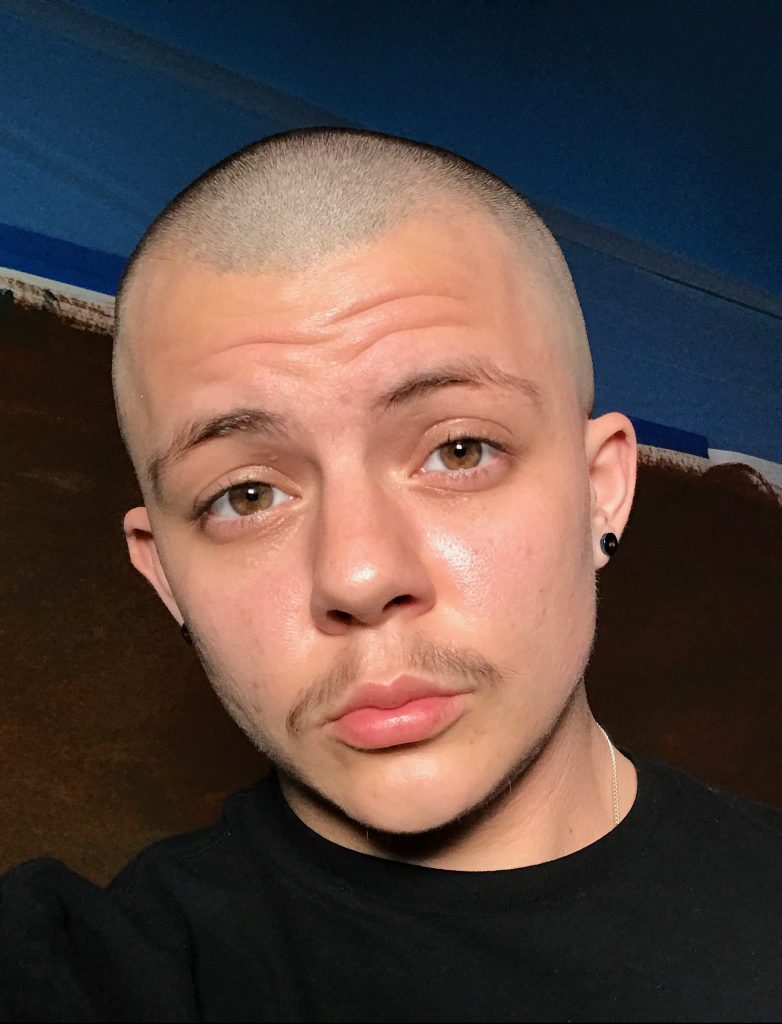