I remember the day, April 14th 2004, it was a Wednesday. It was arguably one of the worst days in my life. Definitely up there with my 2nd term miscarriage and the death of my mother. I had been going to medical almost every day for 3 ½ months and they had finally sent me to an endocrinologist out in town. At about 3:20pm my doctor told me I had a hyperprolactonima pituitary adnoma. I thought nothing of it. He said it so calmly and told me meds should take care of it, so I wasn’t worried. I went back to the barracks, started getting ready for chow and liberty. I was just about to step out of my room when my phone rang. It was my mother.

She was a nurse  and was doing one of her regular check ins with me. She asked me what the doctors had to say and I, very matter of factly, told her what he had told me. My mother freaked out. She asked me how I was feeling and what the plan of treatment was, did I want her down there because no one should deal with a brain tumor on their own. I told her she was mistaken, I didn’t have a brain tumor, I had a pituitary adenoma. I was lucky, I had a computer and the internet in my room. She told me to look it up online and I did. It hit me, I had a brain tumor. I didn’t know what to think. I decided to call up my shipmate. I’ll never forget his name, David, I will always remember his name because of that evening. I told him I needed to talk to him, we’d been friends, he was struggling in his A school and I was helping him out. We decided to meet up after chow at his car in the parking lot barracks.

It was about 6:45 that I met David out there, I was visibly shaken. We got into his car at my suggestion, I knew people would be around and didn’t want them seeing me upset. I proceeded to tell him about my day. My assault started out with him getting too close to me. Touching my leg and holding my hand a bit too long. I tried to ignore it but it made me really uncomfortable, I chalked it up to being hypersensitive from my prior news. When I finished, he went to kiss me. I hated it. He forced his tongue down my throat, it was super aggressive. I told him to stop. He didn’t, he said I just needed to relax, that this would make me feel better. He proceeded to force himself on me. He pinned me down and pulled my skirt up and shoved my underwear to the side. I stopped fighting. I had gone into shock. All I remember is thinking for what seemed like forever that I just wanted it to stop, would it just end? It finally did.

After that I consumed a large amount of alcohol. I drank it to erase the memory and the taste out of my mouth. I remember walking back to my barracks. A shipmate of mine, one who would later become a friend, saw me in the smoke pit  and realized I was drunk. I honestly don’t remember going through the quarterdeck. I don’t remember being carried to my room by my shipmates. I don’t remember that after midnight, the Lead Petty Officer came to my room and found me unconscious, not responding to stimuli. I don’t remember being taken to the Naval Hospital or fighting the EMT’s because they were touching me. I do remember his name, and then waking up in the hospital with IV’s in me not knowing how I got there.

I freaked out, ripping the IV’s out of me and wanting to go back to base. The corpsman that was assigned to care for me came in and told me I was brought in with a dangerously high BAC and had alcohol poisoning. When it became apparent that the medical staff wouldn’t let me go back to base, I demanded a rape kit. I told them I felt funny down there. They told me no. They said it was due to a catheter being placed in me. Around 9 a.m. I was released to legal. I was 20 at the time so I was underage. They told me I would be going to Captains Mass.

While at legal I told them I was sexually assaulted, that I wanted a rape kit done. My command dismissed my accusation and refused, telling me I was just trying to get out of trouble. I went back to my barracks. I had been placed on SIQ from the hospital but I knew what had happen. One of my best friends was on barracks duty with me and we went to the galley for lunch.

Over lunch we made a plan, after lunch muster, she would take me to one of the civilian hospitals in town. She was a rape survivor herself and she reminded me that even though all I wanted to do was take a shower that I couldn’t, she let me cry. She reminded me I was a strong woman and I did nothing wrong. We left after the 1300 muster. We went to the closest hospital and into the ER, they asked me why I was there and I said the words “I was raped” for the first time, that I needed a rape kit. They brought me back immediately. Not 20 minutes after I was brought back a lady came. She introduced herself as being from NCIS. She asked me why I was there and not at the Naval Hospital and I told her why.

That twice my request for a rape kit had been denied. She listened. She got all the information, and two days later David admitted to what he had done. Our command gave him a slap on the wrist. They took away his schooling. I was required to go to alcohol classes. In September, my base NAS Pensacola took a direct hit by Hurricane Ivan. My base was condemned. With the events of the previous 5 months, in October of that year I had a mental break down and was hospitalized for depression. Medical tried telling me I was bipolar. That seemed so unlikely, and that diagnosis was later changed. To this day I suffer from PTSD and other mental health issues and substance abuse problems from what happen while I was in A School.  Multiple times I have applied for VA treatment. I have repeatedly tried to meet with the MST Coordinator at my local VA for care. Each time I am denied.

To this day I have nightmares of my rape. I have relationship issues because I can seem cold or uncaring because I don’t like people touching me and I distance myself because I fear if I let people close to me, it’ll happen again. Thankfully I get care for my PTSD and anxiety from a great civilian, one who treats many young women who are veterans, but that comes out of my pocket. Luckily I am connected with some amazing veterans. I had a conversation with another veteran who heard my story (which I might add was one of the handful of times I have spoken out about what happen to me) He reminded me that what happened to me in the Navy, that they are responsible for it. That what happen to me should never happen, and on top of that, it is their responsibility for my care that I need from it.

For almost years I haven’t been vocal about it. I still hear the Petty Officer from legal say, well you probably caused it. For years I have blamed myself and hold myself responsible for getting in that car. That ends now. The more I talk to other female veterans, the more I sadly realize that my story isn’t uncommon. As much as it hurts I have pushed away my fears, my insecurities and decided to be vocal. I realize that by taking a stand, I can help raise awareness of the fact that 1 in 4 women in the military will go through some form of sexual trauma while in. I can help raise awareness and start to fight back on the military’s compliance in sexual trauma. I can be a symbol of hope for another veteran or active duty member to speak out.

My PTSD and anxiety from my time in the Navy still haunts me. In August of 2017 my doctor suggested a service animal so that I am able to continue fight and be a voice and an advocate for others. 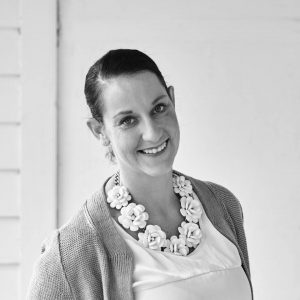 Amanda Le’Anne Brunzell joined the United States Navy in 2002 as an Aviation Support Equipment Technician. While serving, Amanda was a victim of sexual assault by another service member while stationed at Naval Air Station Pensacola. Subsequently after Hurricane Ivan made landfall in 2004, Amanda was having increased difficulty sleeping and carrying on with daily life. She was misdiagnosed by Navy doctors as having Bipolar disorder.

The trauma of her sexual assault combined with the lack of help and misdiagnosis, proved too much for Amanda and in 2005 she suffered a severe breakdown. That breakdown caused her to leave the Navy, she was later given an other than honorable discharge due to her unauthorized absence (UA) earlier that year. In 2006, she received a corrected diagnosis of Post Traumatic Stress Disorder and Traumatic Brain Injury, though her official diagnosis remains uncorrected with the United States Navy.

Due to Amanda’s incorrect discharge status, there are many avenues that are unfortunately closed to her but she needs help now. This is why we are setting a goal to raise $15,000 to help Amanda get a service dog which in turn will provide the compassion and care that she needs.