How Anthony Bourdain Got Me Through Post-War Depression 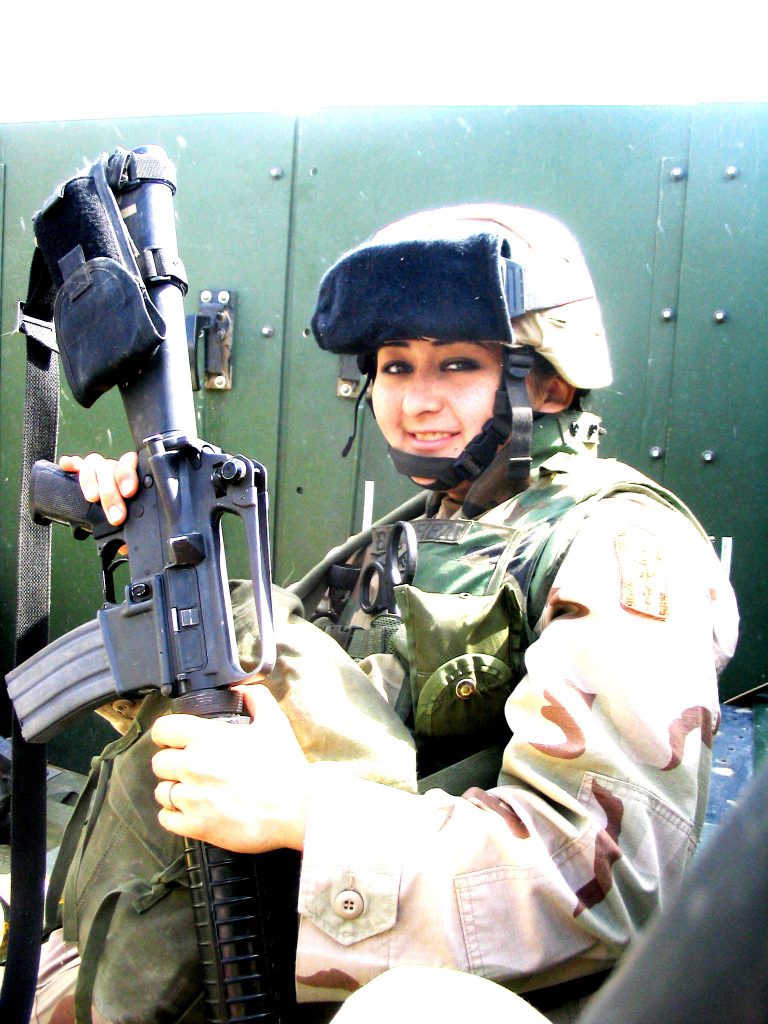 November is a month of mixed feelings. Like September, a month filled with melancholic memories of 9/11, the ominous uptick of pumpkin spice latte ads, Suicide Awareness Month, and my birthday, November provides a lens of reflection for Veterans Day. However, I would be remiss if I didn’t share how Anthony Bourdain’s suicide in June was so personally devastating – especially when he saved me from my own as an Iraq War Veteran.

After I returned from a year-long deployment to Iraq, I struggled to be understood as a newly-minted combat veteran. Nights of insomnia were often littered with contemporary war veteran memoirs that sounded more like the same Situation Report (SITREP) on loop than an introspective account of moral injury. In one whitewashed account after another, I wondered how the hell I even belonged to the veteran community when I struggled to relate to most of its recent literature.

I loathe most travel shows. However, I was always drawn to them despite the shitty commentary and “Ugly American” behaviors. Anglo-Saxon-Americans grimacing at new foods, shouting in English in a foreign country in a craptastic effort to be understood, staying in an obvious comfort zone while pretending to be adventurous, I’ve been long distressed about travel docs as a female combat veteran of color. I needed an escape from my own grim reality.

Anthony Bourdain didn’t just shake up my views of travel shows at the time, he became an unexpected ally for an isolated and depressed combat veteran thousands of miles away. The first time I saw No Reservations, I jumped up, slightly inebriated, from my usual dead-in-the-eyes possum-pose on the sofa and wondered, “Who the fuck is this?!” with a newly found smile.

What made him so special was that he, as a white cisgender male, had every opportunity to be a self-congratulatory asshole – and he didn’t take it. When he traveled around the world or even the United States, he didn’t talk at people, nor did he try to mansplain or whitesplain cultures to assuage xenophobic souls who wouldn’t dare walk his path. He listened, and gave space to marginalized people of their respective countries speak for themselves and reveal a gorgeous tapestry of history, language, culture, art, food, and music that we might not otherwise know. I was in awe.

He was a remarkable example of what it means to be an ally. Someone who is aware of their privilege, positionality, and power – and yet magically gives a damn. The fact that he was so passionate about food and shared his brand of conscious wanderlust for the world made me realize that Anthony Bourdain’s natural curiosity about the world, his need for escape and variety, and his genuine bonds with others around the world was key to making us all better Americans, and better humans.

During road trips and staying in seedy hotels, I read his books and listened to his travels to relax my weary spirit. His culinary misadventures sounded like the narration of a salty Army NCO, and on long solo trips, I didn’t feel so alone so long as I heard his voice. On my first date with my spouse, our mutual love over his work broke the ice and drew us into a conversation on food and travel that left us talking until the restaurant closed.

While I ruminate over how it’s possible that his turbulent relationship with Asia Argento produced the Narcissistic abuse that sent him over the edge or whether his depression caught up to him on its own, I realize why Bourdain was so captivating. In his loneliness, we saw his compassion. Through his depression, we saw his sharp wit and wisdom. Through the scars he bared, we saw an empath traveling the world on his everlasting journey of wonder. I strongly believe that in all his pain, as I have experienced as a combat veteran, that he just wanted to walk through this beautiful world, and show us all that we have so much more in common than we realize.

While no one can really say what truly pushed him toward the decision to take his own life, I also understand how depression is often masked with laughter, sarcasm, sublimation, and the diversion of any scent of letting others know how broken we truly are on the inside. In death, as in life, Anthony Bourdain showed us the beauty of our divided, chaotic world, and that depression certainly doesn’t discriminate.

If you’ve ever felt overwhelmed by symptoms of depression, too, please know that you’re not alone. The National Suicide Prevention Lifeline provides 24/7, free and confidential support: 1-800-273-8255.

~M.B. Dallocchio is an artist, author, Iraq war veteran, and social worker based in Los Angeles. Her latest book, “The Desert Warrior,” covers post-traumatic growth, resilience, and redefining one’s own personal meaning of “home.” You can see her work at www.thedesertwarrior.com.

PrevPreviousThe Most Honorable Thankless Job
NextHow Could I Leave Her?Next

Statement on the Peaceful Transfer of Power

Following the failed insurrection attempt of January 6, 2021, the undersigned organizations, who serve members of our military, veterans, caregivers, and their families, join in condemning this violent attack on our country, our democracy, and our Constitution.  We affirm our commitment to the US Constitution, our free and fair elections, and the tradition of a peaceful transfer of power.   We endorse the statement made by the Joint Chiefs of Staff

Members of the MVA family, It has been seven days since a deadly attack was mounted on our country and democracy.  I come to you today in grief and anger, but also with a message of resolve: change is within our grasp. We, the People, will persist.  As a country, we sit on the precipice of the greatest threat our republic has faced since the Civil War. We are tearing